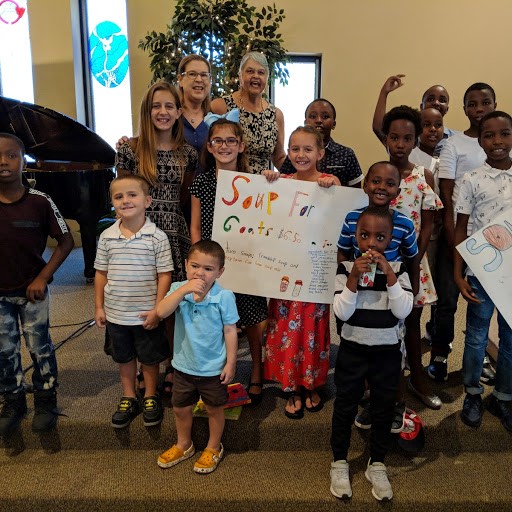 A project that resonates

When the children’s Sunday school class at Heritage Presbyterian Church in Glendale, AZ, set out to donate a gift through the Presbyterian Giving Catalog, they had no way to foresee the way the Spirit would move throughout their congregation.

Rebecca Gray, elder for Christian Education, first came across the Presbyterian Giving Catalog at a session meeting. She thought, “Would this ever resonate with our children!” When showing the Catalog to their Sunday school class, Marcia Callaghan, who teaches alongside Rebecca, remarked, “The kids definitely latched right on to the goats. They thought that was the best thing in the world.” Why were the goats so special? The ladies believe it was something many of their students were familiar with from their time in refugee camps in the Democratic Republic of the Congo, Rwanda, and Burundi.

Heritage Presbyterian has welcomed a number of Congolese refugee families over the past several years, and many of the children participate in Sunday school. In fact, these children make up about half of the one-room Sunday school class for children Kindergarten through 8th grade.

As you might imagine, it is difficult coming up with activities for this wide of an age range, but choosing a project for the Presbyterian Giving Catalog provided a great opportunity to bring all the ages together for a common purpose. So they set out with the goal to donate a pair of goats through the Catalog by selling soup, one a “Friendship Soup” and the other a gluten-free Five Bean Soup.

In an inspirational display of dedication and organization, the older children divided themselves into committees based on tasks- cooks who managed the assembly line, financiers who focused on “keeping the books,” and marketers who created posters and got the word out. The younger children contributed through tasks such as making labels for the jars of ingredients. Jars were sold for $6.50, and all you had to do was add water.

The children at Heritage Presbyterian lead a portion of worship every Sunday, so of course this was how the Sunday school class presented their idea to the congregation. All of the members were quickly on board, and the project took off.

They set out with a goal of donating two goats – a gift of $178. However, with so many orders, they were able to make enough money to donate not just a pair of goats, but a piglet, a family of chickens, and six refugee food baskets. They decided on the refugee food baskets after hearing members of their own congregation discussing their experiences needing food while in refugee camps.

Marcia reflected on the experience, “I was really impressed by how every child was engaged in what we were doing. It didn’t matter if it was the little ones or if it was the older ones. Every time I would look around the room, someone would be helping someone else. And they were just excited about what they were doing and the fact that ‘I can do something.’ It was quite empowering.” 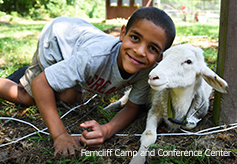